A priest of the Diocese of Fall River since 1985, “Father Dave” served Feehan as chaplain for 14 years across two assignments (1991-95, 2011-19). His deep faith and joyful spirit have been a wonderful example for a generation of Feehan students. He invigorated school Liturgies, supported an ever-evolving campus ministry effort, counseled school leaders and served as a Spiritual guide for faculty and students through joys and sorrows.

In addition, Father Dave served as a wonderful Feehan ambassador in Greater Attleboro, particularly during his 24 years serving in what is now the Transfiguration of the Lord Parish (formerly the Catholic Community of North Attleborough). First at St. Mark’s Parish in the 1990s, and then leading three North Attleborough parishes and St. Mary-Sacred Heart School, his charisma and passion for Catholic schools was obvious to all.  It’s no coincidence that Catholic schools thrive when Father Dave and his passion for students, education and faith are all present.

“When we discussed at Feehan who might be our next Sister Pat honoree and Father Dave’s name came up — everyone knew we had the right person,” recalled Feehan president Tim Sullivan. “To watch Father Dave connect with 1,100 students at a Mass, singing every note with all he has, is to watch our faith come alive. All of our Feehan families and the families at St. Mary-Sacred Heart in North Attleborough have been blessed to learn from and celebrate with Father for so long. ”

The Sister Patricia M. Harrington, RSM Hero of Catholic Education Award was established by Bishop Feehan High School in 2017 to honor a champion of Catholic education who makes significant contributions in service of Catholic schools and the Church.  Sister Pat — who passed away in 2015 — was a legendary figure in the Feehan community: her example of faith, love and mercy set a standard at Feehan for nearly 40 years and will be remembered always. Sister Pat herself (posthumously) was the first recipient of the award.

Father Costa, who now serves as pastor of three parishes in Somerset and Swansea, will join Sister Pat, former Providence College president Father Brian J. Shanley, O.P., and former Feehan president Christopher E. Servant ’66 on a permanent plaque of honorees that will be displayed prominently at the school.  All honorees will be remembered at the gala each year.

“The Sister Pat award is Feehan’s highest honor,” Sullivan said. “Our honorees each year embody the ideals that have allowed Catholic schools to thrive for decades and decades and remind us of the impact one person, like Sister Pat, can make. Father Dave certainly fits that tradition. Catholic schools everywhere will do well to keep the joyful spirit of Father Dave — similar to the joyful spirit of Sister Pat — central and alive for our students for the long-term, as hard as that will be without him here in our halls every day.”

The gala itself has become the central annual community event of the Feehan year, welcoming more than 600 people to celebrate the Feehan community and support the school.

“The Setting Our Hearts Gala is a one-night event that celebrates all things Feehan — our students, our community, our mission, and our vision for the future,” Feehan director of Advancement Dave Curtis said.

Besides the Hero of Catholic Education award, other highlights of the evening will include an elegant dinner, a limited live auction, a $10,000 cash raffle, a live band, dancing and a host of surprises.

For more information and to purchase tickets or tables, visit BishopFeehan.com/SettingOurHearts or contact Dave Curtis at 508-226-7411, extension 135. 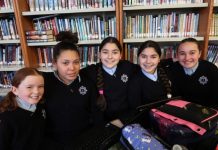 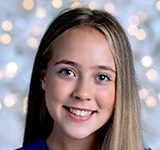 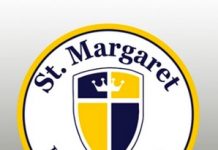 How big is a barley loaf?