EDITOR’S NOTE: We received notification from St. Anthony of Padua Parish in New Bedford that due to the COVID-19 restrictions, the planned appearance by Roy Schoeman has been postponed to Saturday, October 17, 2020. Tickets already purchased for the March 28 event will be honored on October 17. Those who would like a refund on tickets already purchased can contact the rectory at 508-993-1691.

NEW BEDFORD, Mass. — Roy Schoeman, a former Harvard professor and frequent guest on EWTN, will be the keynote speaker during a special Lenten mission at St. Anthony of Padua Parish, 1359 Acushnet Avenue in New Bedford, on Saturday, March 28 from 9 a.m. to 4 p.m. The mission, entitled “An Encounter with Jesus and Mary,” will focus on Schoeman’s incredible conversion to Catholicism.

Schoeman was born outside New York City of Jewish parents who had fled Nazi Germany. After receiving his Jewish education and formation under some of the most prominent rabbis, he went to college at the Massachusetts Institute of Technology and then Harvard Business School, where he later joined the faculty as a professor of marketing. Midway through his teaching career, he received the grace of two supernatural experiences that resulted in his totally unanticipated conversion to Christianity.

In an online video interview with Shalom World, Schoeman described how these events would forever change his life.

“I went to the Massachusetts Institute of Technology, which is a scientific technical university, and I lost my belief in God there,” he said. “I lost my faith. I became essentially atheist. I found myself as a professor of marketing at Harvard Business School at the age of 29, and although it may sound rather surprising, that’s actually when the bottom fell out.”

Having been raised in the Jewish faith, Schoeman said he always thought he would “enter into a personal relationship with God” after his bar mitzvah at age 13.

“When that didn’t happen, it was actually one of the saddest days of my life,” he said. “But then I got distracted with worldly life, so to speak, high school and university and Harvard Business School and so forth. But I always thought there was something out there that would give my life real meaning.”

Schoeman’s first mystical encounter took place early one morning while he was out walking in a nature preserve.

“I had long since lost any hope in believing that God existed or anything like that,” he said. “When from one moment to the next, the curtain between earth and Heaven disappeared, and I found myself in the presence of God. The most transformative aspect of this experience was to come into the intimate and deep knowledge that God Himself — the God Who not only created everything that exists, but created existence itself — not only knew me by name, not only cared about me, but had been watching over me controlling everything that ever happened to me.

“I now knew that the meaning and purpose of my life was to worship and serve my Lord and God and Master Who was revealing Himself to me. But I didn’t know His name and I couldn’t think of this as the God of the Old Testament. The picture of God that emerges from the Old Testament is a picture of a God far more distant and removed from ordinary mankind than this.”

After reflecting on this initial experience, Schoeman said he kept praying that he would find the right path to this loving God Who comforted him, and he was ready to follow whatever religion would lead him there — except Christianity.

“That desire to not become a Christian came from my being Jewish and I didn’t want to kind of go over to the other side; to what I saw as the enemy side,” Schoeman admitted.

Exactly one year later, Schoeman’s prayers were answered when he had a second mystical encounter with the Blessed Virgin Mary.

“I went to sleep, and I was awoken by a hand gently on my shoulder and led into a room and left alone with the most beautiful young woman I could ever imagine,” he said. “And I knew without being told that it was the Blessed Virgin Mary. When I found myself in her presence, all I wanted to do was honor her appropriately. In fact, the first thought that crossed my mind was, ‘Oh my goodness, I wish I at least knew the Hail Mary.’”

In order to avoid admitting he didn’t know the prayer, Schoeman asked if she had any favorite prayers to her.

“She recited a prayer in Portuguese, and I didn’t know any Portuguese, so all I could do was try to remember the first few syllables phonetically and the next morning, as soon as I woke up, I wrote them down,” he said. “And later, after speaking to a Portuguese Catholic woman I identified the prayer as, ‘Oh Mary, conceived without sin. Pray for us who have recourse to thee.’”

After this second encounter, Schoeman said it became clear to him that the God Who had revealed Himself a year earlier was Jesus Christ.

Schoeman soon found himself on a quest to learn more about Christ and His Blessed Mother, and several visits to Marian shrines would cement his destiny to become a Catholic convert.

“There was a shrine to Our Lady of La Salette about 45 minutes from where I lived, so I used to go there three or four times a week to walk the grounds and to feel the presence of the Blessed Virgin Mary and to commune with her,” Schoeman said. “And sometimes when I was there, there would be Mass going on, and whenever I was in the presence of a Mass going on, I was filled with a tremendous desire — you could almost say a lust or greed — to receive Communion, to receive the Eucharist even though I literally did not know what it was.

“Those two things led me into the Catholic Church: essentially knowing who the Blessed Virgin Mary is, and having a tremendous love and devotion to her, and also wanting to receive Communion. By entering the Catholic Church, I not only didn’t stop being Jewish, but the only way I can understand it is that I became more Jewish than ever, because I became a Jew who was following the Jewish Messiah rather than a Jew who refused to follow the Jewish Messiah and was stuck in pre-Messianic Judaism.”

In his talks, Schoeman weaves together this personal witness testimony with discussion of the role of Judaism in Salvation history from the beginning to the end of time, as illuminated by Catholic doctrine. This gives the listener a deeper understanding of Judaism, both as a religion in itself and as a central component of Christian Salvation, and sheds light on the unfolding of Salvation history leading up to the second coming.

“If God had not revealed Himself to me and if the Blessed Virgin Mary had not revealed herself to me and brought me into the Catholic Church, I probably would have died and I probably would have been condemned,” Schoeman said. “I am infinitely grateful that I received these experiences and was brought into the fullness of the t≠ruth, into a personal relationship with God, into knowing everything I wished to know as I was child growing up, and of — without being presumptuous — a reasonable hope of an eternity of bliss and love in the presence of God.”

Schoeman has become a popular guest on EWTN, appearing on a number of shows. He is frequently invited to speak at Catholic parishes, conferences, and retreats throughout the United States, Canada, Europe, and South America.

St. Anthony of Padua Parish is offering this one-day Lenten mission for everyone who wishes to attend. The cost is $25 per person and includes a bag lunch. Doors will open at 8 a.m. for registration. The Sacrament of Confession will also be available and the Vigil Holy Mass.

For tickets or more information, visit www.saintanthonynewbedford.com, or call the parish rectory at 508-993-1691. 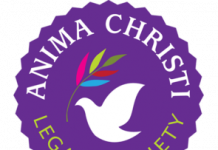 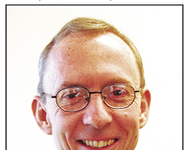 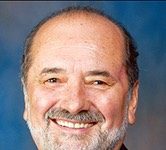