“There is nothing better than teaching.” Those were the words of a priest during my first year of teaching. I approached Father Al after I had struck gold with a crackerjack lesson plan. After many attempts to get my bearings in the classroom, I had finally seen my students truly engaged in learning. It had been gratifying to recognize the light go on. In search of someone to tell at the end of the day, I found Father Al, always a willing ear with a pithy response. For many years, he had taught math in Iraq, which was the birthplace of algebra. Saddam Hussein, when he came to power, shuttered Catholic schools and expelled Father Al and his brother priests from the country.

Throughout my career as an educator, I have thought of Father Al, who put so much on the line to further the Kingdom of God. In a great act of faith, he journeyed to a new country where he made a difference in the lives of young people and their families. Returning to the United States, he continued his ministry as a math teacher, a lover of learning who cared deeply for his students. When Father Al told me that there is nothing better than teaching, his words carried a clear validity and staying power.

Today our teachers have rich opportunities to affect the lives of young people. Through their words and actions, they transmit a faith tradition and grounding in prayer and service. In the present day, they may not be unlike those priests who traveled to another land and introduced young people to the Catholic faith.

Our world has changed significantly in the first decades of the 21st century. It longs for community in the face of isolation and alienation. It longs for meaning in the face of so many jumbled and harmful messages, many of which are pitched directly to our young people. Many in our world long for personal, spiritual direction and a deeper appreciation of their God-given gifts and talents in order to respond vocationally to the many needs they see. Some simply ask what can be done in the face of these realities. The noble work of a Catholic school teacher could not be more important.

The schools of the Diocese of Fall River join in a global mission. Catholic schools create faith-filled communities where people are known and experience God’s love in a sustaining way. In our schools, you find teachers who view their work as more than a job. Their focused commitment to forming the hearts and minds of young people is a vocation.

Catholic schools have sustained in-person learning during the COVID-19 pandemic. When faced with seemingly unstoppable adversity, our principals and teachers answered the call. They moved to remote learning in the spring and have sustained in-person learning through two challenging, variant-ridden, policy-shifting years in the world of education. These feats are attributable to their unflagging dedication to their students. Underlying this dedication is the belief that every last student matters as one who is made in the image and likeness of God, and who is called to excellence in the here and now on their way to eternal life.

Catholic schools present educational content in the context of our faith tradition. Education is more than a mental exercise. When learning engages heart and mind, students find deeper meaning and purpose. From this deeper meaning and purpose comes the imperative to act. Our history shows that our students graduate to become servant leaders dedicated to the common good.

Catholic schools meet young people where they are in their journey. When I was a principal, I was always struck by the graduates who returned to school to check in with us. As students with us, they were often the wayward sheep whose grades and attitudes weren’t exemplary. But when the door opened on a Friday afternoon or at the beginning of Thanksgiving or Christmas vacation, it was these students who were there wanting to tell us how things were going and what they were learning. While unexpected, I believe it was so because the school had met them where they were. They were checking back in to tell us where they had been, sometimes seeking guidance from an old mentor. Catholic schools understand and live this reality of the faith journey in compelling ways.

Indeed, there is nothing better than teaching. As someone who has worked with, hired, observed, and evaluated hundreds of teachers over the last 23 years, I firmly believe that good teachers are needed now more than ever. Catholic schools provide a context where great teaching can flourish. 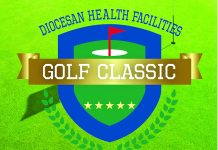 Growing in devotion to the Holy Name of Jesus

Should we take whatever vaccine is offered?