The addition of their names to the list follows determinations of credibility in separate, unrelated allegations of violations of the diocese’s policies for the protection of minors made against each priest.

The case of Father Gomes involves an incident of alleged sexual abuse of a minor that took place decades ago. A recent review of diocesan files from that period prompted the diocese to further investigate the allegation and the diocese was able to obtain a positive identification.

The case of Father Kuhn involves incidents of alleged verbal communications of an explicit sexual nature with minors. Father Kuhn denies these allegations.

Before making any determination in these cases, the diocese followed its protocols including: suspending both priests from ministry; notifying civil authorities; conducting its own investigations; and bringing the cases to the Ministerial Review Board.

The Ministerial Review Board serves as an independent and consultative body to advise the bishop on alleged misconduct by clergy.

After reviewing all of the facts and receiving the recommendations of the Ministerial Review Board in each case, Bishop Edgar M. da Cunha, S.D.V., determined that the allegations are credible and informed the priests that they would not be returning to ministry.  The restrictions, which continue, include prohibition from exercising any public ministry including the celebration of public Mass or of other sacraments. They also may not provide spiritual direction, wear clerical attire, or present themselves as priests.

Assignment histories for Fathers Gomes and Kuhn are provided within the list of “Credibly Accused” clergy on the diocesan website (fallriverdiocese.org) along with complete information on the diocesan response to the sexual abuse crisis.

The diocese is also adding at this time to its list of “Publicly Accused” priests the name of Father Adrian Donachie, OFM, who was a priest of the Franciscan Friars Holy Name Province. The diocese has been notified that Father Donachie, who died in 1979, is on the Franciscan Friars Holy Name Province list of friars with substantiated allegations. Because Father Donachie served some of his ministry in the Diocese of Fall River, his name is included on the diocesan list of “Publicly Accused.”

“I know that this is difficult for all of us, particularly the victims of clergy abuse, but it is my sincere hope that the addition of these priests will support healing for anyone who has suffered because of their actions,” said Bishop da Cunha. “I offer my deepest apologies to them and to their families.”

Fall River Diocesan policies state that an allegation of sexual abuse of a minor is determined to be credible when it has a “semblance of truth” under canon law, using a standard of proof approximating probable cause, and when it conforms to the definition of sexual abuse of a minor as outlined in those policies. In the case of a credible finding, both diocesan policies and the U.S. Bishops’ Charter for the Protection of Children and Young People require that an offending cleric be prohibited from ministry and his faculties withdrawn.

The Diocese of Fall River encourages anyone with concerns regarding the conduct of any priest, staff or volunteer affiliated with the diocese to contact Carolyn Shipp, the diocesan Director of Safe Environment and Victim Assistance at 508-985-6508 or by email at cshipp@dioc-fr.org.

Through its Victim Assistance Outreach, the Diocese of Fall River offers supportive services to victims of clergy sexual abuse and their families, as well as to members of parishes impacted by these cases. For assistance, please contact Carolyn Shipp, the Director of Safe Environment and Victim Assistance at 508-985-6508 (confidential voicemail) or cshipp@dioc-fr.org. 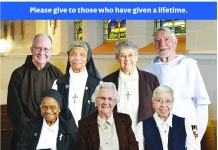 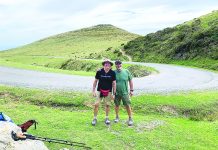 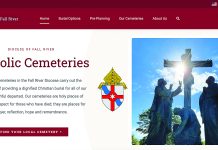 St. Joseph and the Gifts of the Holy Spirit

A renewed start to a new year

The Seven Sorrows of St. Joseph